On November 4th 2017, The typhoon No. 12 (Damrey) struck Khanh Hoa province with the strength of a Category 2 hurricane and left behind dozens of deaths and hundreds of homes destroyed by the devastating winds and heavy rainfall.

According to the statistics, Damrey was the strongest typhoon to make landfall in South-Central Vietnam since the Typhoon Lingling in November 2001. Nha Trang City was in the eye of the storm and suffered strong wind of level 15. Luckily, all employees and facilities of Cam Ranh International Airport Services Joint Stock Company (CIAS CO.) were safe after the Typhoon Damrey dissipated. 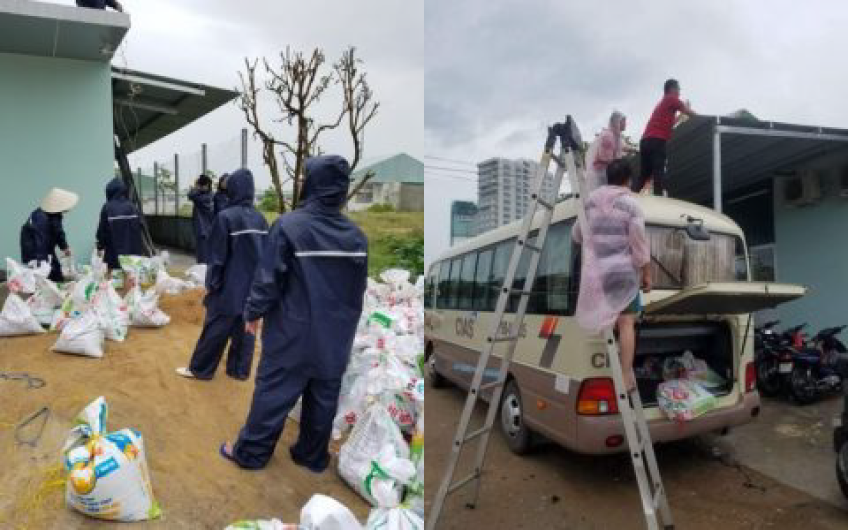 CIAS’s committee of flood and storm control, which consisted of more than 20 employees, stayed on site overnight and managed to keep all the facilities intact through the typhoon. More importantly, there was no loss or damage to CIAS’s employees. Right after the typhoon, many CIAS’s employees bravely returned to work and served thousands of passengers, whose flights had been delayed due to Damrey, at Cam Ranh International Airport. With enthusiasm, unity and responsibility, all employees and facilities are safe, ensuring bussiness activities continue as normal after typhoon.

The typhoon was devastating indeed, but the lesson it left behind on prevention of natural disasters and floods is also valuable. The validity of the phrase “unity is strength” has once again been confirmed through the solidarity of CIAS people, which is one of the key elements to the sustainable growth of CIAS CO.